Folorunsho Alakija was born on the 15th of July, 1951 to the family of Chief L.A. Ogbara in Ikorodu, Lagos State and she has 51 siblings. She traveled to the United Kingdom at age seven for her primary school education at Dinorben School for Girls in Harfodunos Hall, Llangernyw, Wales. Afterward, she returned to Nigeria and attended Muslim High School, Sagamu Ogun State. Folorunsho Alakija went back abroad for her secretarial studies at Pitman’s Central College, London.

Due to her interest in fashion, Folorunsho pursued a degree in Fashion Designing at the American College, London, and the Central School of Fashion. The power woman has 8 Honorary Degree Awards from Universities in Nigeria and the United States of America.

Folorunsho Alakija got married to Modupe Alakija, a lawyer in November 1976 and they are blessed with four sons and grandchildren. She lives in Lagos, Nigeria with her family.

Folorunsho Alakija’s net worth as at 6th August 2018 is estimated at $1.5b according to Forbes

She started her career in 1974 at Sijuade Enterprises in Lagos where she worked as an Executive Secretary. Afterward, she worked for a while with First National Bank of Chicago (renamed, FinBank) now acquired by First City Monument Bank (FCMB).

Folorunsho Alakija left the bank to pursue her interest in fashion. Which she uses her money to finance the business, Her fashion design company, Supreme Stitches became a known brand after working hard on the brand. Supreme Stitches was later renamed ‘Rose of Sharon House of Fashion’ which has become a household name that Folorunsho Alakija is associated with today.

Aside from Fashion, Folorunsho Alakija is an amazing leader who served as the National President and lifelong Trustee of the Fashion Designers Association of Nigeria (FADAN). She made an exemplary contribution to the Association.

Read This:  Stunning Pictures Of Wedding of Billionaire Daughter and The Prince From Kogi

In May 1993, Folorunsho Alakija delved into Oil and Gas exploitation and exploration. She was granted an Oil Prospecting License (OPL) to start exploring oil on a 617,000-acre block known as OPL 216 located in the Agbami Field of the central Niger Delta.

In September 1996, Folorunsho Alakija went into a joint venture agreement with Star Deep Water Petroleum Limited and she later appointed Star Deep as the technical adviser for the exploration of her license. She transferred 40% of her 100% stake to Star Deep Waters Limited. Star Deep later sold 8% of the 40% shares to Petrobras, a Brazilian company.

Folorunsho Alakija became the Chancellor of Osun State University on  9th March 2016. The record has it that she is the first female chancellor in the history of Nigeria.

Rose of Sharon Fashion House: The home of classy wears for both genders.

Mrs. Folorunsho Alakija is a dynamic Nigerian businesswoman and philanthropist. business endeavors such as “FAMFA Oil Limited”, her family’s oil exploration and production the Vice Chairman, seeing to its strategic planning and day to day administration. She is the Vice-Chairman of Dayspring Property Development Company Limited, a real estate company with investments in different parts of the world. Alakija is also the Vice Chairman of Digitalreality Print Ltd, She is an acclaimed public speaker and the first female to be appointed as Chancellor of a public university in Africa. She is a prolific writer and has authored several 5 books, including her autobiography. She is a board member of the Commonwealth Business Forum. She is a recipient of many awards in various capacities both locally and internationally.

A family Oil & Gas business is formerly known as OPL 216. It was incorporated in September 1991 and is one of the largest indigenous Nigerian owned exporters of crude oil in Nigeria.

Read This:  “Davido is Humble” -See how he laid down flat on the floor to greet the New Oba Oniru

Rose of Sharon Prints and Promotions

A monogramming printing outlet. The company prints on ready-made shirts, towels, bedsheets, Uniforms, table cloths, and the like.

A real estate company where Folorunsho Alakija operates as the Vice-Chairman.

Alakija accords all glory to God for all her achievements. She is a devout Christian with an evangelical calling. Since giving her life to Christ in 1991, she preaches the gospel ceaselessly to anyone that cares to listen even in the market place. Also, she and her husband started a house fellowship which is now a ministry; Rose of Sharon Glorious Ministry International.

Folorunsho Alakija gives back to the society through her foundation, the Rose of Sharon Foundation. The foundation empowers widows and orphans through scholarships and business grants.

She is the primary sponsor of the Agbami Medical and Engineering Scholarship Scheme which records over 1000 beneficiaries annually. 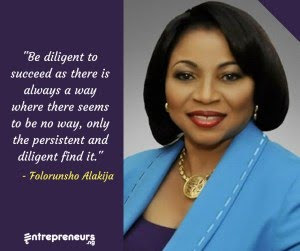 She was appointed as the Vice-Chairman of Heritage Council and Endowment for the Arts inaugurated on the 1st of July, 2013. Also, she serves as matron to Africa’s Young Entrepreneurs.

Her House and Cars

Here Is Richest Woman In Nigeria, You Will Be Amazed How Much Her Her mansion Costs
Folorunso Alakija is considered the richest woman in Nigerian due to well-endowed enterprises and expensive assets which a lot of people dream of acquiring in the near future.
She owns a $700 million bulletproof house accompanied by a $46 million private jet, in addition, she owns many enterprises, a strict businesswoman who is into oil, fashion, real estate, among others. She is at the moment the group managing director of The Rose of Sharon Group comprising of a marketing and promotion firm, a digital reality print enterprise, and also the executive vice-chairman of Famfa Oil Limited
Being a billionaire, she has a good taste for expensive cars and her love for Mercedez Benz cars is unprecedented as she has a range of these vehicles.
Her taste of expensive cars as a woman is quite riveting as she owns a collection of Mercedes Benz with lower-priced Benz costing about ₦45 million naira.
Credit: Naijabreakingnews.com.ng

Akano Rafiu is a student that constantly seeking new knowledge. I follow my heart and my intuition and i am growing into the best version of me. A die hard Chelsea fan.

Glo Data Sharing: How To Detect Who Has Been Using Your Data Behind Your Back

Hot Selling Products You Can Sell in Student Area

Working From Home Business in Nigeria 2020

Meet Your Actress: Bukunmi Oluwashina – Biography, Net Worth, and Relationship

We shall be talking about the Best 10 Loan Apps Without Collateral In Nigeria That you all should Know. We all know that getting a…

Can you really make money online with surveys from Triaba in the UK or anywhere around the world? Yes, you can, according to Our members.…

Affiliate marketing in Nigeria is very competitive and one needs to stay glued to what is operating in the industry. In this article, I will…

Starting a cleaning company in Nigeria is gaining ground rapidly. The hygiene of every home and office is very important. This business is predominately meant…